Today is December 4, so yes I know it is a long time until Christmas. However, today we went to church and sang Christmas songs, so it made me feel like Christmas is coming: thus this post.

As for the picture itself, it is Christmas lights out of focus I really like it. Not that what I like makes any difference in things, I suppose.

I have some other Christmas lights pictures that I just too. I'll process them and upload them in the next few days.

Please leave a comment if you wouldn't mind. It is encouraging to know that someone was here. 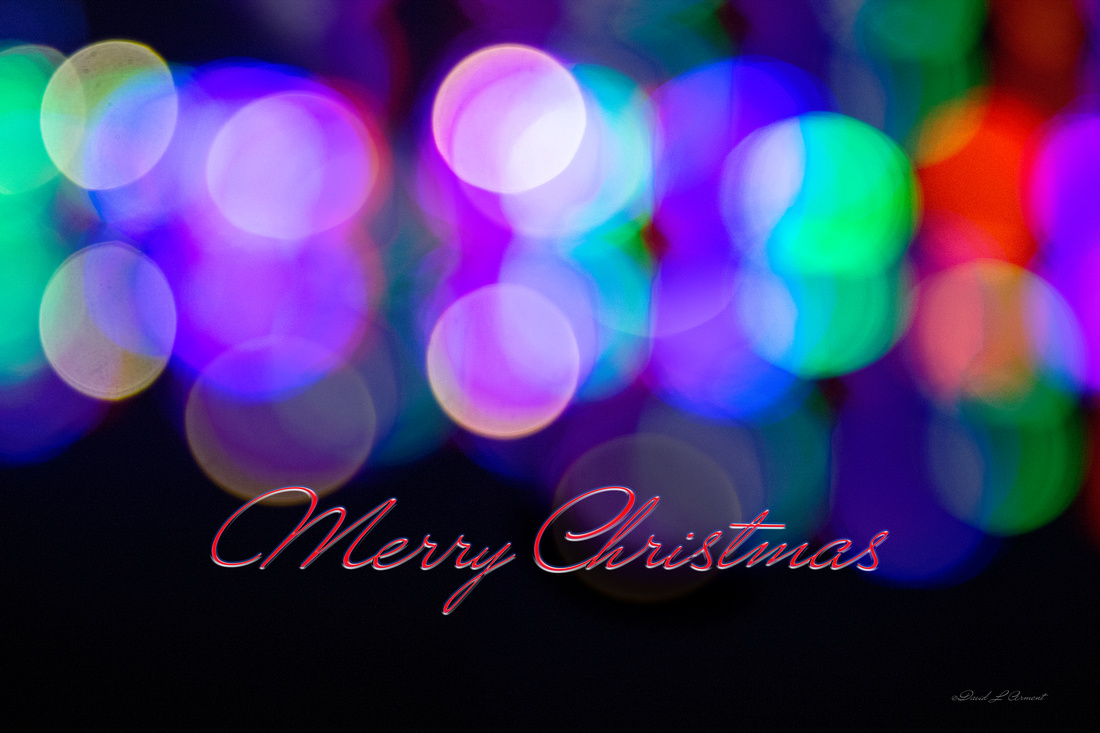 A few weeks ago I purchased my first Canon. I have had Nikon equipment for some time. But Nikon has not kept up with the technology related to mirrorless cameras and video. Sony started pushing that envelope some time ago and Canon and others "saw the handwriting on the wall" and followed suit.

As video because more and more appealing I felt I had to learn how to shoot video and thus the new camera.

If you are a photographer then you know buying a new camera is the beginning of the expense because then you have to buy lenses. So that is in front of me perhaps... "Perhaps" is because I may have some expenses that were once unforeseen but are now seen so I have to wait.

Here is a video from the new camera and the "kit lens" that came with it.

I would love you comments.

Best regards and many thanks,

Amish Buggy Late Autumn 2022 A1182 4KVideo of Amish buggy passing. I was seated on the bank of the ditch so this is a low angle which is intentional.

Thanksgiving weekend was the weekend just passed. Pam and I had a pretty quiet time. It was good because she was sick before Thanksgiving and she passed her illness to me and I was sick during Thanksgiving.

During this time I started "playing with" computer generated images. I'm going to post some of the better ones I created below.

This first image is a composite. I took the dragon from one image and the knight from another and combine them together here. I won't go into the details of all the other changes or alterations because it is boring.

But the important thing is this. You ask the AI (Artificial Intelligence) to generate an image based upon its "learning" of what a dragon is, what a knight is, and the other parameters you give it. Then some images come up with watermarks on them or a indiscernible scribble in the lower right of an image. This tells me the AI is browsing data bases of images and presenting an image NOT creating an image.

My guess is that the image below was the painstaking creation of someone and the AI has altered it a good deal, but it is still someone's work. (I couldn't bring myself to put a © on it) Here is another image. I asked the AI to create an image of multi colored cloth strips, close up. It took a few tries to get to this image. I think this image is likely "original", meaning the AI actually created it verses scraping an image out of a data base and altering it When I asked the AI to generate a horse and Amish buggy it didn't know what to do. The horses had between 3 and 5 legs. The buggies had unattached wheels and three of five of them. So it has yet to "learn" what an Amish Buggy is.

I will likely continue to play with this, but I don't expect it to go far for me at this time.

Here are a couple more images for you that are either AI in part or whole. Partial Computer generated. The Amish family is a photograph.

Christmas Tree in the Snow

Pam made this tree from vines. I think. She / we have a few of these and some she made and some she did not. I think this is one of her's.

This is on our front deck looking toward the lake before sunrise.

Pam likes Christmas lights and is an expert with timers. We have lights coming on before dawn and going off after dark. So these lights are on and the sun will follow shortly. christmas tree on deck in snow 202211 383A1276 copyChristmas tree in the snow.
Pam made this tree from vines. I think. She / we have a few of these and some she made and some she did not. I think this is one of her's.
This is on our front deck looking toward the lake before sunrise.
©David L Arment

And I had a PayPal account linked so I could send money here or there. That money was stolen.

Over the weekend PayPal put it back because they determined it was a fraudulent withdrawal. Thank you PayPal.

Facebook still won't help me reclaim my page. So you should come here to find out what's up with Pam and me.